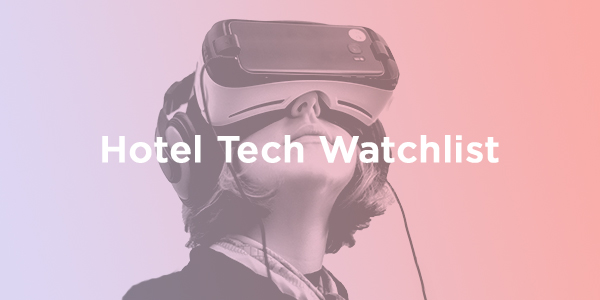 Staying atop developments in travel industry technology is far from easy. Advances are announced almost daily, and it can be a challenge to filter out the noise and focus on which advances hold the most promise from a hotel perspective.A new report from Sabre Labs explores the emerging technologies poised to have the most profound effect on travel over the course of the next decade.For the hospitality industry, the report notes that developments in message-based interface, augmented reality, indoor location and virtual reality are evolving rapidly, offering new ways to communicate with guests, inspire guest experiences and increase operational efficiencies.Here’s a breakdown of four hospitality-related technologies to watch.

A 2016 survey showed approximately 70 percent of consumers would rather use a message-based interface (MBI) for service and support over an email or a phone call.Services like Facebook Messenger, WhatsApp and WeChat are already being used to communicate with consumers across numerous industries. Hotel brands, such as Hyatt, were quick to secure their official Facebook Messenger business account when Facebook first offered the option last year, no doubt eager for access to Messenger’s more than 1 billion active monthly users.Chatbots, including those that can be integrated with Facebook Messenger, will likely grow in popularity, offering hotel teams an automated response tool to handle some of the most common question and answer functions. Live bod or bot, MBI's quick, casual method for connection is something travelers clearly have a growing appetite for.

Augmented reality, or simply AR, has been utilized across many industries, including travel, but the saturation of smartphones has helped advance AR more quickly in hospitality than for other segments of the travel industry.Smartphone-based AR is already enhancing the guest experience at some hotels, offering on demand property information, insight and other location-specific content. Screen Pilot has previously written about AR in the post-Pokémon GO era, and the potential AR holds for hotels, but AR isn’t just a tool for hotel guests.For hotel teams, AR holds the potential to offer real-time language translation, deliver hands-free notifications to staff, and generally expedite training across departments.

The analytic capability for physical spaces is evolving, driven by proximity beacons and other new technologies that allow the tracking of objects and people.While increasingly being utilized in the retail world, a better understanding of how people and things move through physical spaces (breezeways, guest-rooms, outlets and common areas) can help hotels find operational inefficiencies and identify opportunities to enhance the guest experience.As beacons and other location technologies are more widely adopted, guests may even be incentivized to opt-in and share their physical location, allowing hotels new ways to grow revenue. Marketing teams that find guests spending extended periods of time off property, for example, might extend targeted offers to promote on-site events and outlets.

Anyone who has attended an industry trade show recently has seen the headsets. VR is being used widely by hotel marketing teams to offer a virtual feel for their properties and otherwise promote its locale.In addition to B2B applications, the technology holds promise for in-house training, or even as an in-room opportunity for interaction.As it relates to the guest experience, it may not be long before travelers find VR headsets available in their room. The evolution of a hotel’s TV info loop may be virtual, with properties offering curated content, showcasing on-site dining and entertainment options, and ultimately mixing in paid advertising, such as VR videos of tours, excursions and experiences.