The Good, The Bad, The Lazy: Super Bowl Ad Edition 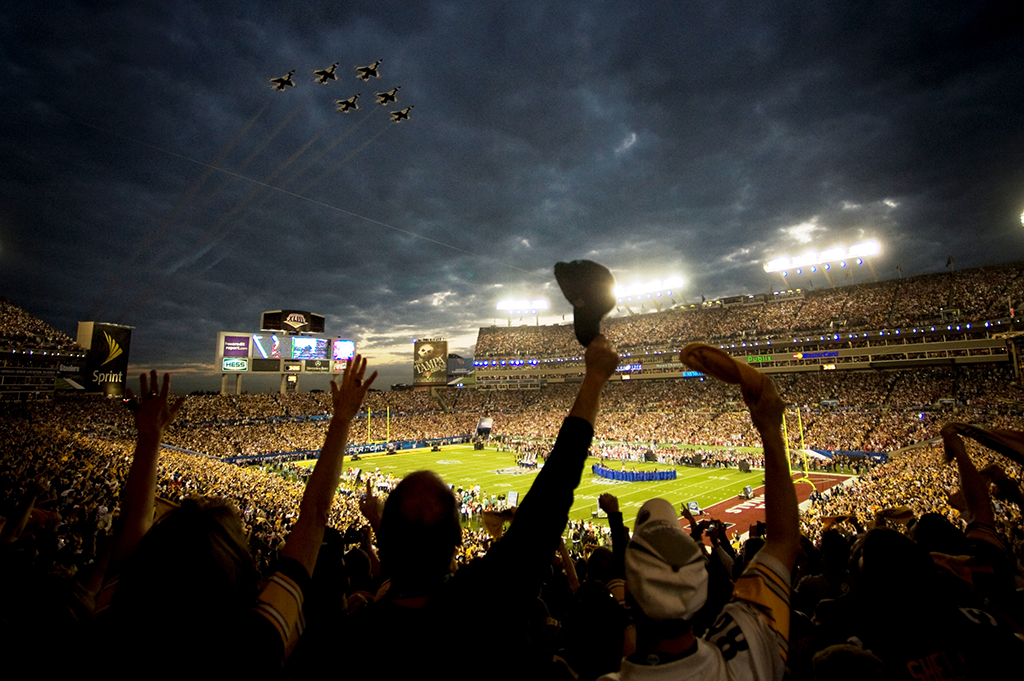 Sunday night’s Super Bowl was one of the most watched sporting events of all time. The game was both exciting and historic as we watched one of football’s greats play what was likely his last game. The halftime show was absolutely epic and Lady Gaga’s outfit and rendition of the Nation Anthem were both perfection. Yet, somehow, among all of this greatness, the Super Bowl ads floundered. Although people usually hate advertisements, the Super Bowl is one of those rare moments when Americans actually look forward to brands pulling out all of the stops and wowing us.Even the big brands disappointed. Budweiser, a perennial Super Bowl ad great, left a lot to be desired despite airing two spots. Their testosterone fueled “Not Backing Down” attempt reeked of desperation. If you have to tell your audience over and over again that you are special and manly and not for everyone, then you probably aren’t any of those things. We get it Budweiser...you aren’t a craft beer, you are just a gross American-made excuse for beer and no amount of advertising will convince me otherwise. Next year stick to the dog and pony show...literally.Budweiser "Simply Put"

The second attempt was even more unbelievable. “Simply Put” opens with the always classy and refined Helen Mirren in a bar. In front of her is a plate of fries, a huge burger, and you guessed it, a bottle of Budweiser. She then said something about drinking and driving, but frankly, I couldn’t get past the fact that Helen Mirren was in a Budweiser commercial.Are we to expect that Helen Mirren drinks anything besides a full-bodied vintage and eats anything other than caviar? Besides, have you seen Helen Mirren? You don’t get a body like that at 70 by chowing down on burgers and tossing back cheap American lagers. Even the dame herself looks uncomfortable holding the bottle which she conveniently never drinks from. Nice try, Budweiser, but simply put, we aren’t buying it.Despite being one of the largest soft drink companies in the world, Coke couldn’t find enough money in their marketing budget to buy an original idea. Instead, we have to watch another Marvel comic disguised as a commercial as Ant Man and The Hulk battle it out over a can of soda. The concept is played out and the script is corny. Honestly, I expected a lot more from Coke besides a cheap piggyback off of the comic book craze.Then there was the stuff that nightmares are made of. I’m looking at you Mountain Dew. The Puppy Monkey Baby creature looked like something that just walked out of a bad acid trip, and once I saw it, I could not unsee it. I’m sure that is what they were going for, but is a conga line led by this abomination really the best way to sell a drink?And please, dear god, no more commercials about bodily functions! The last thing people want to see is a commercial about heartburn when they are stuffing their faces with jalapeño poppers.Heinz "Meet the Ketchups"

Heinz decided to go the so bad it is good route with their literal interpretation of wiener dogs in their “Meet the Ketchups” commercial. I am a sucker for cute animals, and even more so for cute animals in costume so this ad worked for me, but it certainly wasn’t very inspired.A few brands went the individualistic route which seems to be a trend as the focus turns more to millennials. Axe encouraged viewers to “Find Your Magic”, a refreshing departure from their usual angle of “wear this body spray and you will be attacked by women”. Meanwhile, the new Mini Cooper refused to be bound by stereotypes in its “Defy Labels” offering.If you watched any of the commercials at all last night, then I’m sure you noticed the over-dependence brands had on celebrities. LG banked on Liam Neeson’s acting chops to carry their commercial for the new LG TV, but this is another case of brand laziness that fell flat. Yes, Liam does have a certain set of skills, but playing the same character over and over again in various commercials is starting to feel tired.Bud Light’s “Bud Light Party” found a match made in mass market comedy heaven with Amy Schumer and Seth Rogen, but it was just too similar to the Maker’s Mark “Cocktail Party” commercial of 2012 to earn any creativity points.Amazon certainly spared no expense on celebrity during its Alexa commercial. Missy Elliot even used the occasion to release her newest single. That snack stadium was enough to put my modest spread of potato skins, pigs in a blanket and queso to shame, and the back and forth between Alec Baldwin and Dan Marino was at least mildly entertaining.While I wouldn’t call Jeff Goldbloom a “celebrity” per se, his performance in Apartment.com’s “Movin’ On Up” was light, fun and dare I say, enjoyable? It did a good job of getting the message across of “change your apartment, change the world” while still holding my attention with a witty musical accompaniment and guest appearance from Lil Wayne.Surprisingly, sleeper Pokemon brought out the big guns in honor of their 20th anniversary. The brand celebrated with a great commercial that was both visually stunning, aspirational, and littered with Easter eggs that loyal followers of the game can quickly recognize.A couple of the automakers killed it presenting ads that were not only beautiful, but emotional as well. Jeep was also celebrating an anniversary this year, its 75th to be exact. To celebrate, the brand took viewers on a walk down memory lane with “Portraits”, intrinsically tying the brand to the American experience and notable faces and events throughout history.Jeep "Portraits"

Audi told a beautiful story of an old astronaut who still longs for the moon but finds joy again in the cockpit of the new R10 V8. Set to David Bowie’s “Starman” the spot touches that part of us that longs to relive those special, defining moments of our lives.Hyundai’s “Ryanville” and Kia’s “Walken Closet” also take home honorable mention nods for their attempts in the auto category, but again, pretty dependent on celebrities.T-mobile’s “Restriction Bling” ad was short, sweet, entertaining and effective. Tapping into the popularity of Drake’s song “Hotline Bling” the actor-turned-singer showed off his comedic acting skills as a cell phone provider alters his song to reflect the restrictions on most cellular contracts. Boring subject matter, brilliant commercial.Colgate "Every Drop Counts"

You know an ad is great when it immediately alters your behavior. As soon as I watched Colgate’s “Every Drop Counts”, I became hyper-sensitive to how long I was leaving the water on. It directly tied my overuse of water to a little girl not having access to enough water halfway around the world - impactful messaging that sticks. Budweiser take note: this is how you do a PSA.There were others that were good. Not great, but good. Marmot encouraged viewers to “Fall in Love With the Outdoors” with its cute spot featuring none other than a marmot. Doritos also pandered to animal lovers, myself included, with “Dorito Dogs” which featured three adorable pooches who masquerade as a human to try and buy a bag of chips. Avocados from Mexico walked a group of aliens through human existence poking fun at seminal moments in pop culture.All told, the Super Bowl offerings this year weren’t terrible they just weren’t good, and they certainly weren’t worthy of Super Bowl 50. It seems like brands are going with the same strategy as Hollywood - forget originality, recycle old ideas, and when in doubt use star power as a fallback. If you were worried about waning creativity in the industry before, this crop of ads was probably enough to give you hives. Is this all we can muster? I hope not. Until then, I guess I will just watch the Budweiser frogs on repeat.