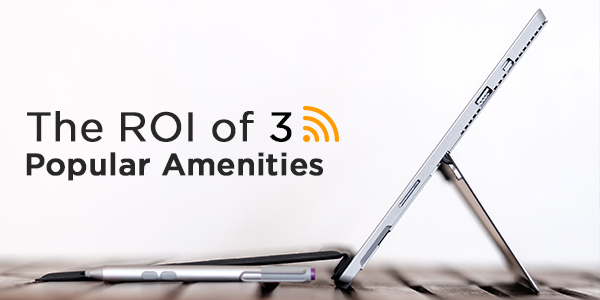 Hotels have a myriad of amenities they can invest in. But which do travelers really care about, and which drive revenue?A team from The Center for Hospitality Research at Cornell University set out to answer just that, releasing its findings in a new report titled “How to Pick the Right Amenities for Your Property.”The research examined more than 50 common amenities offered at 33 midscale, upscale, and luxury U.S. properties operated by a global hotel corporation over a 12-month period. As stated in the report, subjecting amenities to a return on investment analysis can help brand managers and hotel ownership determine which offer the greatest effect on attracting first-time guests and driving repeat business.An interesting finding was that for all 50 amenities analyzed, more travelers thought they would take advantage of the offerings than actually did.Per the team's agreement with the participating hotel brand, the published report was allowed to focus on just three amenities. The paper focused on data from six upscale and luxury brands offering three popular complimentary amenities; bottled water, internet access, and fitness center use.Here are the key takeaways on these three amenities.

While 56 percent of travelers noted they thought they would drink complimentary bottled water if offered, just 49 percent actually did while on site.

Free in-room internet had the strongest effect on initial hotel choice, and showed a positive ROI for five of the six brands in the study. The effect of this amenity on return visits, however, was noted as generally weak, though it did vary considerably across brands.

Though 66 percent of guests said they anticipated they would use free Wi-Fi in their rooms, just 42 percent actually did.

For four of the six brands, access to a fitness center didn’t figure into guests’ initial choice or their repeat purchase decision, thus the report concluded the amenity appeared to offer a low ROI. Analysts caution, however, that the relatively short one-year analysis period might not be indicative of the long-term financial return on fitness centers.

While 46 percent of travelers anticipated they would use the fitness facilities when staying as a guest, just 22 percent did.

Find the full report from The Center for Hospitality Research at Cornell University here.