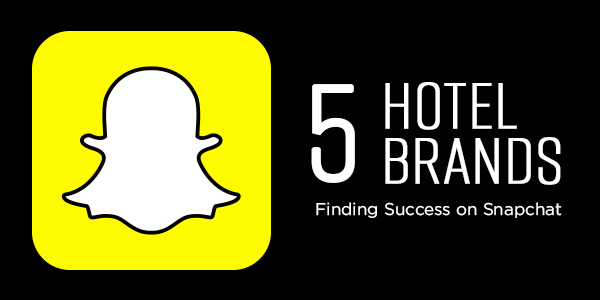 Snapchat is growing up.This year’s IPO and the roll out of its “Spectacles” smartglasses were major milestones, no doubt. But the real measure of the social network’s maturation is in the numbers.The hot-with-millennials channel currently has about 158 million people using it daily, spending an average of 25 to 30 minutes digesting images, video and, yes, advertisements.The social network has gone to great lengths to make custom geofilters, lenses, and ad options available to marketers, and some of the biggest names in hospitality were among the first to experiment on the platform.Many hoteliers see Snapchat as a means to reach younger travelers and hopefully wrest them from competitors such as Airbnb. About half of the alternative accommodations platform's users are between the ages of 18 and 34, and 71% of Snapchat users are 34 and younger. (In contrast, a recent report showed just 28% of guests who booked online with Marriott were millennials.) As of late, Snapchat has been offering better measurement and analytics capabilities, which in turn affords better promotional focus and, ultimately, growth on the platform.While implementing a Snapchat strategy isn’t a fit for every hotel, for those that are interested it's a relatively easy platform on which to become established, share videos, and publish stories - with a potential reach millions. Crafting ads and offering branded geofilters takes Snapchat marketing to the next level.Beyond standard storytelling, there are many unique, creative ways in which hotels can use the platform for even greater social return.Here’s how a handful of hospitality brands, big and small, are using Snapchat to tell their story.

One of the first hotel brands with a presence on Snapchat, Marriott has continued to evolve in the digital space. In a recent promotion, four young influencers were selected for a three-month campaign documenting their adventures at Marriott properties around the world.

Last year, pre-Marriott merger, Starwood introduced branded geofilters across 650 of its hotels under the loyalty program Starwood Preferred Guest (SPG). Geofilters – screens or pictures that are offered based on a location, occasion or business – can be placed over other pictures and videos, and shared with Snapchat users.

SPG members can now share branded sunny beach views, snapshots of a romantic dinner, and other exotic moments in a snap.

The resort group has largely taken an organic approach to Snapchat, using it primarily as a channel to connect with guests. Instead of one designated team posting content to the company's Snapchat, employees at all properties are trained on the company's objectives and how to express their stories on the social networking platform.

Four Seasons has included behind-the-scenes experiences such as chefs in the kitchen, cocktail crafting, guests participating in yoga classes, even Music Day on the French Riviera.

In February, Hyatt introduced its new loyalty program and brand identity “World of Hyatt.” The company aims to highlight different perspectives with a focus on compassion, inclusiveness and authenticity.

Hyatt enlisted employees from its hotels around the world to don Snapchat Spectacles and share their stories across different social media channels. The spectacles are a sleek pair of round shades that shoot 10-second videos from the point of view of the wearer. The videos can be uploaded to Snapchat, and formatted in creative ways for broadcast.

You don't have to be a behemoth brand to leverage Snapchat. Revere Hotel, an independent boutique property in Boston, promoted its rooftop space through a social campaign that showed popular individuals snapping photos at the event.

The hotel has also offered geofilters that feature its rooftop and exclusive pool area. One recent campaign racked up some 5,000 impressions - a definite social success, particularly for a modest-sized property.