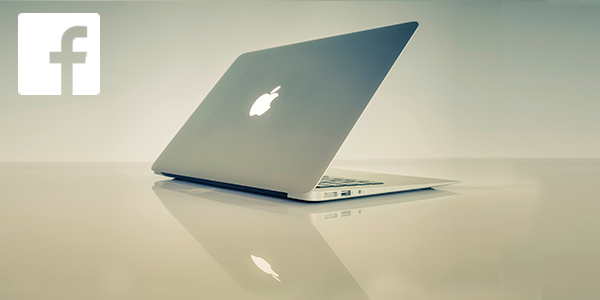 Silent film is enjoying something of a renaissance, albeit with a modern twist.Multiple publishers have noted as much as 85% of videos on Facebook are watched without sound, leaving marketers to consider what their videos say when they don’t say anything at all.Call the conundrum a byproduct of Facebook’s autoplay feature, videos that begin automatically in one’s news feed, sans sound by default. While these silent films yearn to be tapped, allowing the audio to flow, the numbers reveal that most never get to become talkies.Hotel marketing teams are already pouring hours and dollars into their video marketing strategy. It’s imperative to understand how Facebook users are digesting their content, and adjust accordingly to maximize the return on their efforts.Here are five things to consider in optimizing your Facebook videos for play without sound.

One size video does not fit all. Teams are crafting video to showcase their property, amenities, locale and community, but editing just a single cut for broadcast across all channels, while quicker, isn't a sound strategy. A dialogue-heavy interview with a hotel team member, for example, may be perfect for YouTube or embedding on a website, but have little value on Facebook if the audience isn’t listening.

As video content is being scripted, shot and – most importantly – edited, craft a variation with Facebook specifically in mind. That cut will likely be shorter in length, and come bursting out the gate with fresh visuals, as those first frames are crucial in capturing a scrolling Facebook audience.

In the Facebook news feed, you only have a few frames to grab a user’s attention and pique their curiosity.

Facebook has previously noted that videos on its network with subtitles are watched an average of 12% longer than those without.

For many videos, especially those longer than a handful of seconds, it’s hard to keep an audience without at least some type of spoken narrative. To account for your silent watchers, consider adding subtitles that allow them to follow that narrative without having to turn on the sound.

The more visually compelling your content, the less your audience will feel the need for sound.

A number of brands across industries have had immense success in utilizing special effects to maximize the impact of their videos even without sound. The 87 million followers of BuzzFeed's Tasty page are regularly treated to time-lapse video, a technique that successfully assists the storytelling and keeps the visuals interesting and different.

We’ve written about the unique nature (and potential) of live video before, and in fact, the above tips most readily apply to scripted, produced videos shared on the platform.

With Facebook Live, soundless viewing becomes an even greater challenge. One can’t lean on special effects or slick editing to engage silent viewers. The goal, instead, should become to entice the audience to turn on their sound.

Selecting a captivating live setting is more crucial, as it’s less likely to change with time, and signage, either established or written, can quickly cue the viewer in on where the action is taking place. Some tactics used to get viewers to listen up actually go counter to the above suggestions. Showing an animated discussion, for example, may actually leave your audience curious as to what’s being spoken about, and get them to investigate with a click.

Mark Zuckerberg has repeatedly stated that Facebook is focused on transitioning from a “mobile-first” platform to a “video-first” one. Hundreds of millions of users are now consuming hundreds of millions of hours of video on Facebook each day. Facebook has even reportedly begun testing autoplay videos with sound in news feed, noting that they’re “slowly bringing it to more people.”For the short term, however, it's safe to assume that between desktop users and those Facebooking at work, school and in other silent settings, a large chunk of videos on the network will be rolling without sound.The big takeaway is that people consume content differently on Facebook than they do elsewhere.If the channel is a pillar of your social strategy, it’s crucial to understand Facebook’s latest evolutions and adjust accordingly, lest the audience not get the big picture.